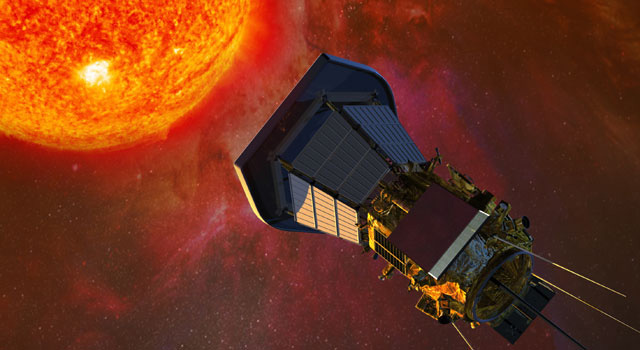 satellite to sun from its Sriharikota station. And with this launch India becomes the first country to send its unmanned mission to sun. Aditya, (Sanskrit: आदित्य, lit: Sun) or Aditya-1 is a spacecraft whose mission is to study the Sun.

It was conceptualised by the Advisory Committee for Space Research in January 2008. It has been designed, built and launched by the Indian Space Research Organisation (ISRO). Former ISRO chairman G. Madhavan Nair announced the approval of this mission on 10 November 2008.

So why was India in so hurry to launch this mission. ‘Jadoo’

was feeling so weak and needed more DHOOOP. In order to keep Jadoo alive and eventually the of hope Roshan Family with their sequel movie this mission was critically important. Rakesh Roshan is very happy with this mission and has started working 48 hours a day for his coming sequel. Thank you for being my April Fool. I could not find anyone from morning and was getting uncomfortable. But I won’t irritate you further. I have a good news too for you. India is really working on ‘ADITYA’, the mission for sun. And here is the link to its Wikipedia. ISRO is planning the launch in 2017-2018. Good luck India! And happy times friends. Keep smiling. 🙂