How I Experienced Death And Life In 2 Hours 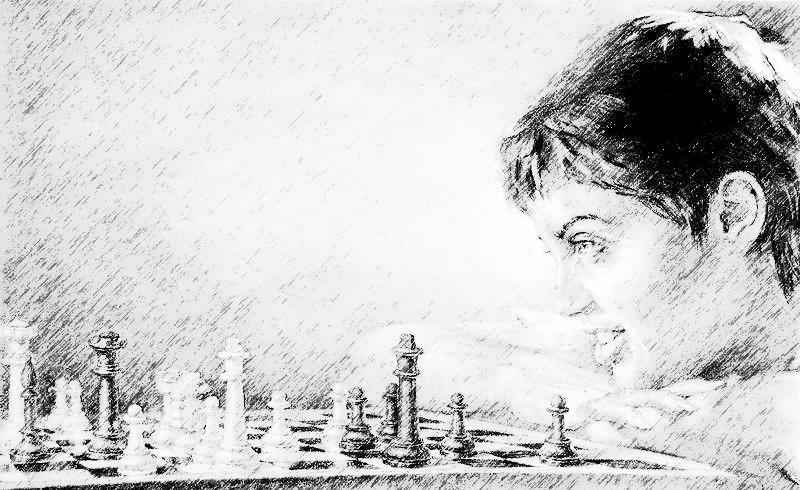 This beautiful song written by Majrooh Sultanpuri and sung by Lata Jee from film ‘Mamta’ started playing somewhere down the memory lanes as I dozed off during my recent travel to CMC, Vellore. All memories of the days spent with my dearest cousin in village during summer vacations started pounding my mind. The dimly lit veranda in lantern, songs playing on Vividh Bharti and we both playing chess is something which started playing on the memory screens which is scarcely in our control. My brother has been a role model for me since the beginning because of his hard work and sincere studies with less resources available. I remember him as someone who instilled an interest for Mathematics in me and taught playing Chess, Carom, Cricket and also introduced me to the world of music through Radio on Vividh Bharti. We used to go shopping to Haat (Haat used to be a weekly gathering of various small merchants in an open ground for selling their goods.) for vegetables twice a week and there I learnt negotiation tricks for the first time in my life.

It was heartbreaking to know that he was no more. He had been suffering from severe headache, nausea, loss of memory and loss of appetite from past 2 years because of Hydrocephalus where a person’s brain starts secreting excessive CSF liquid. He was operated at CMC, Vellore more than a year back when a VP (Ventriculoperitoneal) Shunt was inserted in his left brain to abdomen for releasing the pressure of liquid on brain. He recovered quite well in a week’s time and was discharged from the hospital. He resumed his office and started his daily routine chores. After 6-7 months he started complaining of same symptoms he faced before the operation.  He was again admitted to CMC, Vellore where our experience has not been that great. He was again operated and now this time on right side of his head. A VP Shunt was inserted in right part of brain to abdomen. I got a call from my elder cousin to call my Bhabhi and go to CMC as soon as possible. I called Bhabhi; I had never seen or heard her so hopeless and broken. She was crying and told me “Bhaiya has no life in his body now. He is not moving, He has no signs of life” before hanging up on me. I had no courage to call her back again. I booked the first bus leaving at that time for Vellore and reached the bus stop in no time.  As the bus started, I called my Bhabhi after 40-45 minutes to let her know that I was on way.  I heard no any cry on the phone and she talked in her senses this time. I was confused and so called my sister to ask her not to call anyone before I confirm anything. 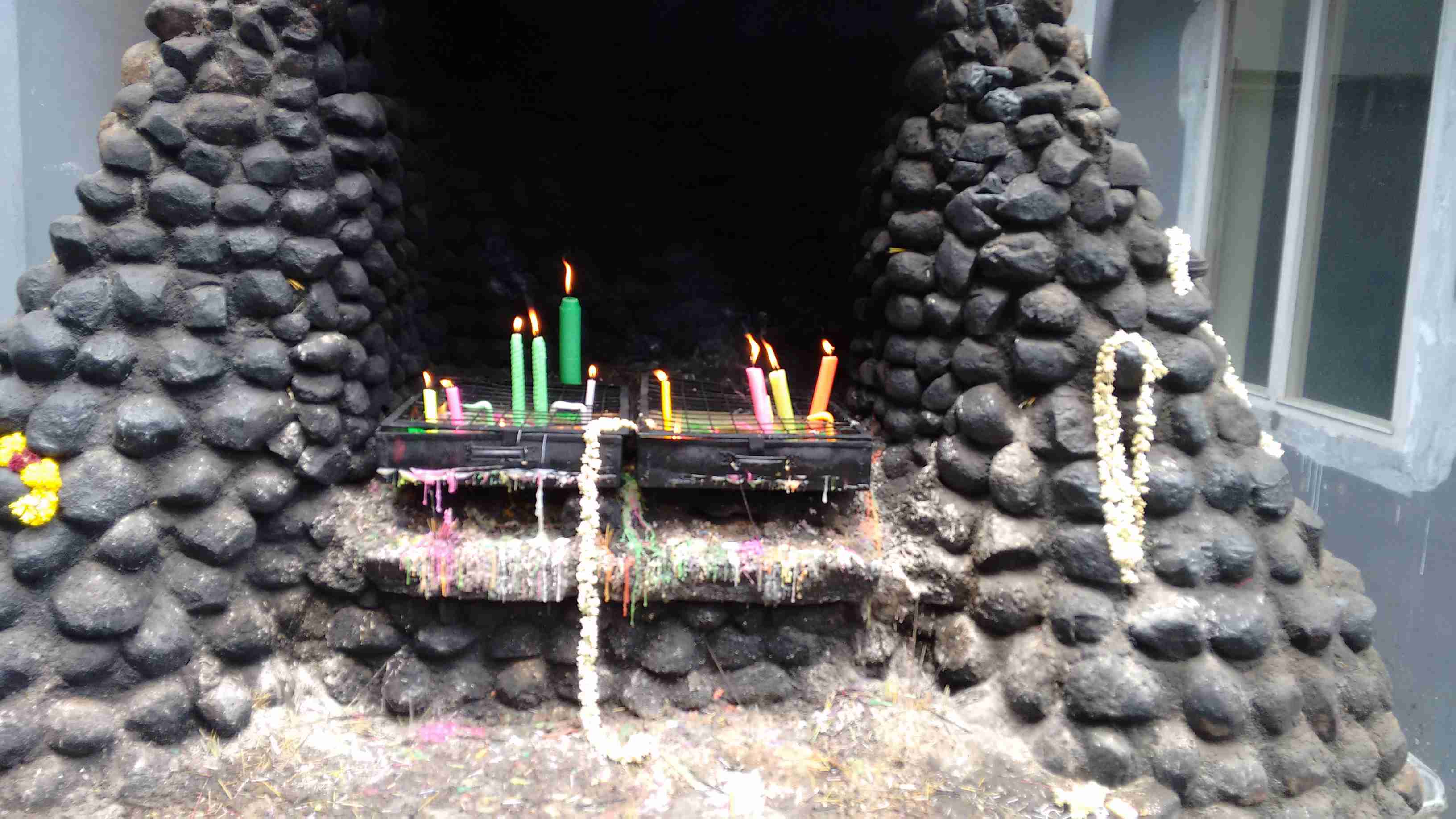 I reached CMC, Vellore at 10.30PM and went straight to the ward where Bhaiya and Bhabhi were there. I can not express how happy and out of the world feeling that was which ran down my spine the moment I heard Bhaiya was doing OK. I can not forget that happy moment ever. I was there for next 4-5 days with them and came back after he was discharged. The experience at hospital in the ward has been so insightful. Next bed to my Bhaiya’s was a guy from Kolkata who had Brain tumor who was denied for the bed as my Bhaiya was admitted in emergency and the hospital management has scarcity of beds. But, the family was not at all disturbed. They came to us and talked about my Bhaiya’s health; they wished him fast recovery. There was an unattended patient just opposite to Bhaiya’s bed who was feeling restless and was getting some stroke. The nearest bed to him was of Md Rashid and his father attended running to him and asked for help to the nurses. There were similar experiences in those 4-5 days where I saw how helpless we are with our body open on operation tables. We are so helpless even with our body and then too we care to fight on grounds of religion and caste. Hospital ward was a place where I saw human respecting human lives, caring for each other and supporting each other in best possible way. Probably, hospital bed with helpless patients and their family was the best humanism  living example I experienced. My believe in good and humans got more firm with this stay and experience at CMC, Vellore. 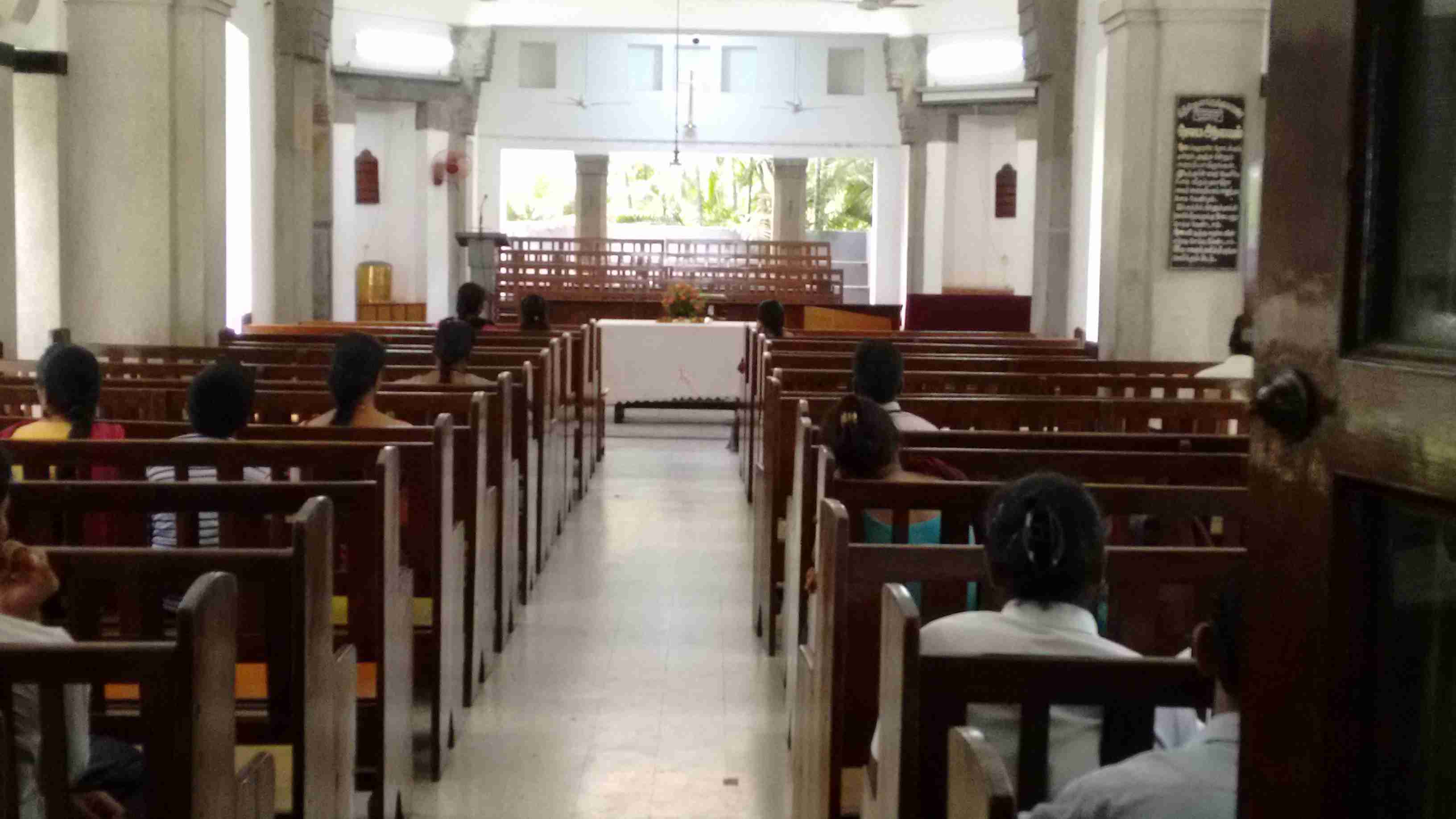 Airports see more sincere kisses than wedding halls. The walls of hospitals have heard more prayers than the walls of temples, churches and mosques.

I experienced the above quotes and found out to be very true. There was no father or any preacher to restrict anybody from praying in the church in the premises. Its on us how we pray, how we communicate with the supreme power. I am not a believer of praying in temples or in front of god. I do not believe in God but in Good. Hope humanity prevails with the true humans still present in our society.

A few photos of Vellore Fort Temple which I visited in the morning of the day I was to leave Vellore. The sculptures and architecture is breath-taking. 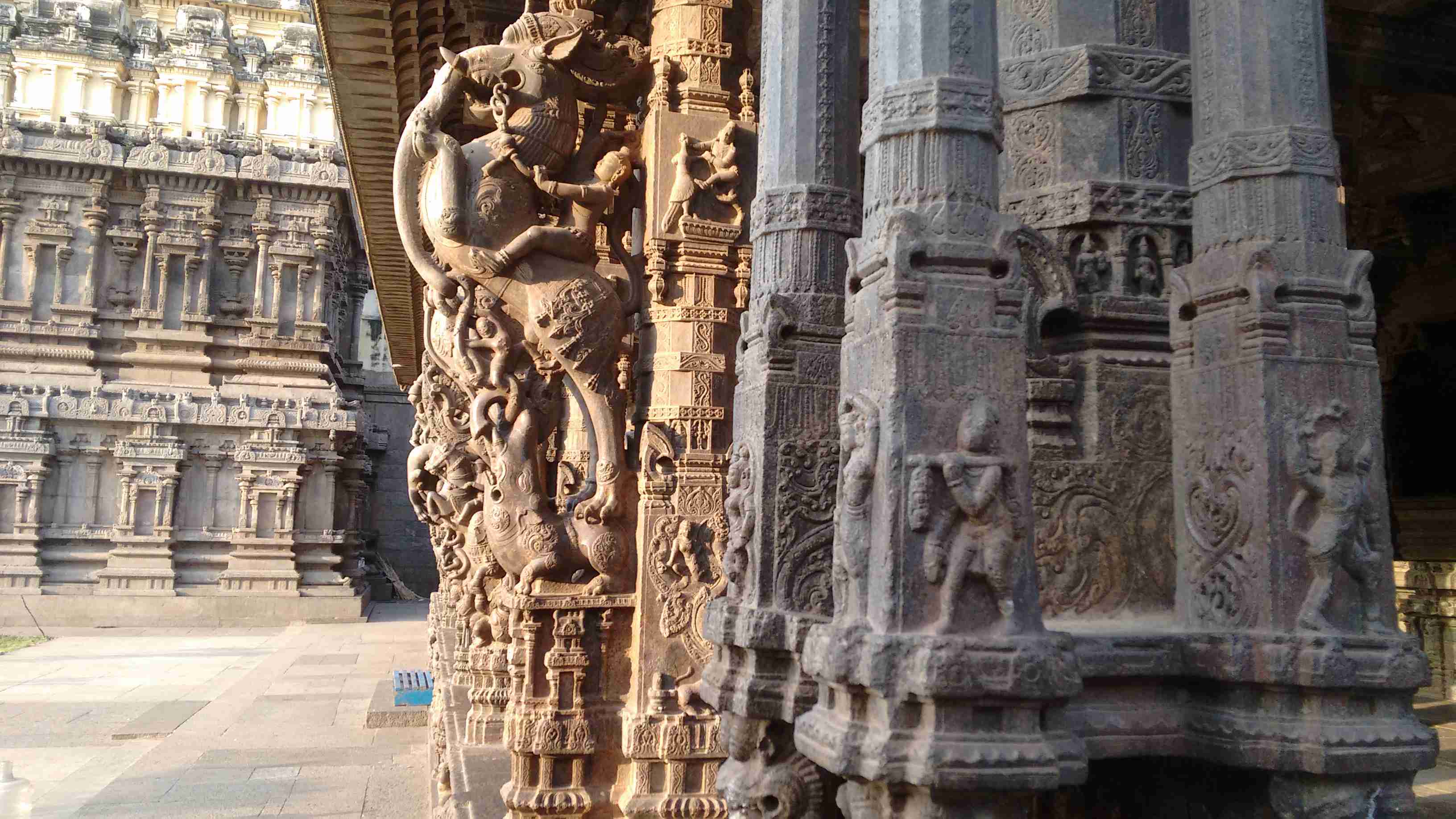 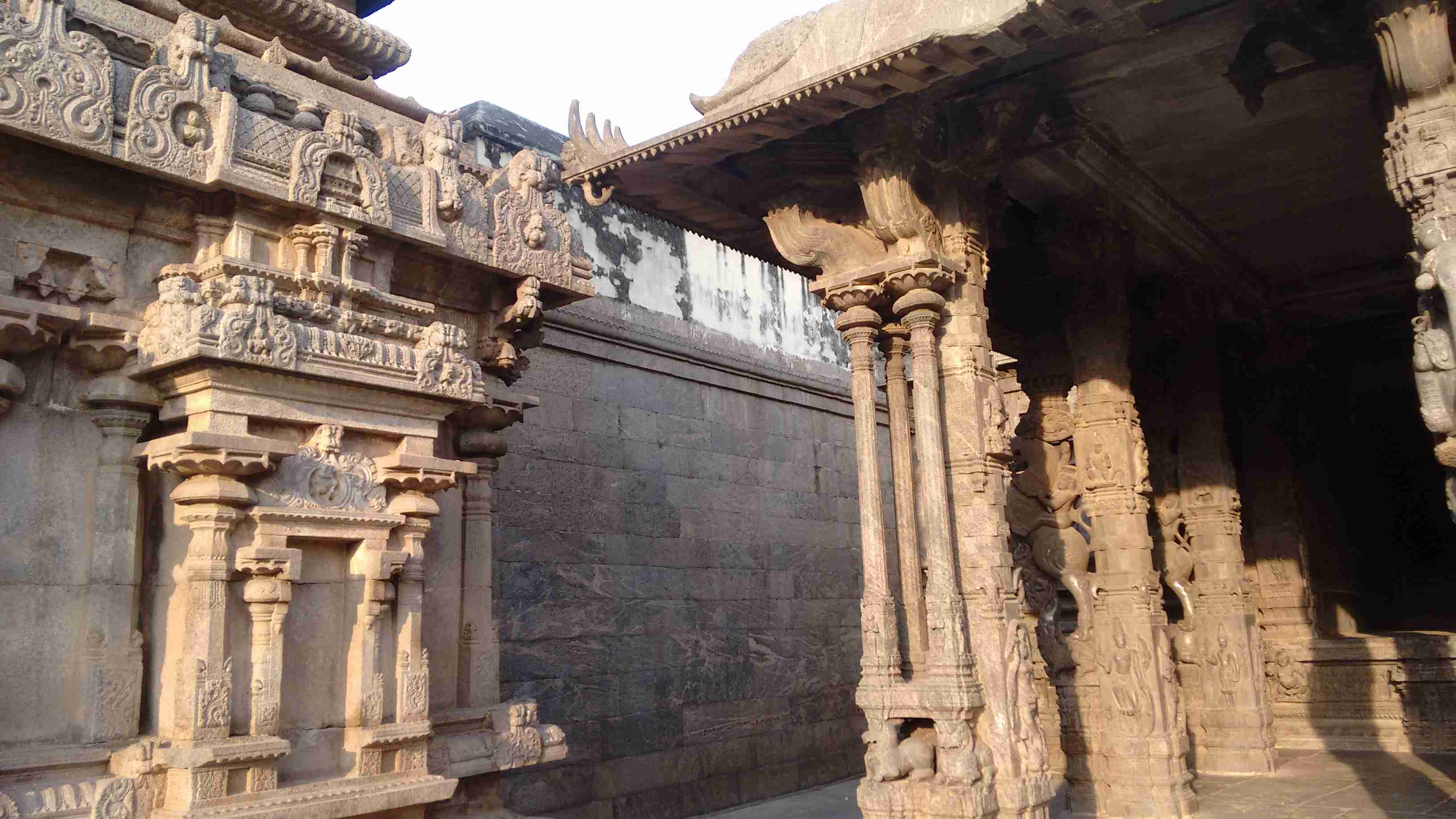 [su_note note_color=”#f8be70″ radius=”4″]The pious soul departed us creating an unfillable void in our lives today on 2nd August 2016 after a long and brave battle with life. May his soul rest in divine peace. [/su_note]